[Essentially A White Paper for SQI] 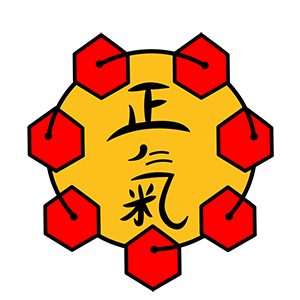 Some problems are both insidious and unnoticed. They eat away in the background. Eventually weakening or even destroying the host. When all crumbles they are still not noticed. The collapse is then attributed to other causes. We need a story. Stories make us feel safe and control. So we make up a story. Yet the story is untrue. The cause goes undetected. It infects another host. Wash, rinse, repeat.

Some of the reasons for the slow death of many martial arts have to do with these hidden diseases that infest quans and dojos alike. Slowly, and without anyone noticing, degrading the quality of the knowledge taught. Until one day, a once-great art is nothing more than a shadow of its former self.

I ran a quan for 20 years and a month. I fought these problems daily. I insisted that there was a way to eliminate them. But in the end, all I could do was constantly battle them. I could not banish them as much as I tried. They are intrinsic factors in a commercial quan.

So we no longer operate a commercial quan. Instead, we teach. And reformulate the entire structure of the community into something new. And hopefully something far superior. This art needs to persist. It is an ancient artifact of human culture and possibly of human biology. It improves lives in incredible ways. It is worthy of preservation.

Factor 1 - The More Sophisticated the Art the Less Commercially Viable

There is nearly always a downward pressure on sophistication in the arts. This is because students favor extrinsic rewards rather than intrinsic rewards. In quans and dojos this equates to belts and trophies. These can easily be seen. Holders are constantly praised for these symbols. And because they are rewarded they keep doing the activities to acquire more status. In theory these activities equate to building more skill. But the question has to be asked. Skill in what? The answer is often not fighting skill. Yet most look the other way and equate the skill in (fill in the blank) with fighting skill.

I've attended a few Wushu tournaments as a spectator. I was baffled by what I saw. Acrobatic flips through the air landing in full splits. Twirling of flimsy foil swords. Flamboyant poses. I sat perplexed. Thinking, "What does this have to do with fighting skill?" I wondered if I could be missing something. Was there something hidden that I was not seeing. I had enough training that I really didn't think so but I wanted to be sure. I had the good fortune to be sitting just in front of one of the champions. So, as politely as I could, I asked. My thoughts were confirmed. He told me that the requirements were that each form had to have at minimum 10% display of actual fighting skill. Then he said, "but no one really pays attention to that rule". What I thought I saw was confirmed.

Lately there has been a popularity in light saber "skills". A new product on the market enabled fast twirling. It doesn't fall apart when spun. Tik Tok is flooded with these demonstrations. The practitioners talk about skills and wisdoms. Obviously equating it to fighting ability. But it is just twirling. More akin to a baton twirler. More useful leading a parade that entering a battlefield. Yet the cognitive disconnect persists. They call it fighting skills.

I point this out only to elucidate the degree of cognitive dissonance possible in this realm.

People want these trophies. Parents especially want their children to have them. They want the bragging rights. Even if the trophy is meaningless. It doesn't matter. They still get to brag and no one is going to go into the deep discussion of why that trophy means very little. So parents will pay for them. And pay they do. This fact is why schools have gone to teaching kids. Its a much easier sell. Its lucrative. That's not to say that there are no benefits to the children. There are. They just have little to do with defensive skills

This puts even more downward pressure on the sophistication taught. Schools that primarily teach children are more prone to it. Then these children grow up and start schools of their own.

Throughout the course of running a school I did consult with business experts in the field. There are numerous  professional martial artists associations. The one piece of advice I was constantly given was "dumb down the curriculum". They suggested moving the black belt requirements down several notches. Make green the new black. Every single consultation I got this same advice. No matter which organization I got my consulting from. I just thanked the and went on doing what I had already been doing.

To enhance profits curriculum must be watered down. Profits and skill are diametrically opposed. I'll get a lot of hate on that statement. So be it.

Brown belts don't often quit. They have too much invested. They will tolerate much. They rationalize the bad and look for reasons to stay.

White belts quite at the drop of a hat. Training is new and difficult. So they are constantly looking for reasons to quit.

For this reason, a school manager must always assign the best instructor to the lowliest of students. He needs to to ensure retention. Retention pays the bills.

The best instructors teach beginners all day. The advanced classes usually being scheduled late in the evening because low ranks would not tolerate that inconvenience. High ranks will.

The beginners get the best training. The advanced students get the scraps.

This inverts the pyramid. The pyramid is the only efficient structure for transferring sophisticated knowledge to a large number of people. The top experts teach the upcoming experts. They then teach the mid level practitioners. And mid level teach the beginners. Each level above also oversees the teaching of the teachers below the. This structure facilitates very efficient (and happy) learning for all. The problems above collapse the pyramid. The top experts teach the lowest level students and the mid and upper ranks are left to mostly fend for themselves. Ensuring that these mid and upper ranks are very unlikely to reach the upper echelon of knowledge. This is not a structure that can persist through iterations. By its very nature, each generation produced by it will be weaker.

I break instructors down into three types.

The first type is the dutiful instructor. They teach because of their perceived duty to do so. This duty may set from various places. They can be spotted because they always look a little worn down. Shoulders slumped and eyes downward. They have no gitup in their go. They are always just a minute or two late to start a lesson.

The second type is the ego-driven instructor. They teach to feed their own ego. They can be spotted easily. They tend to stroke their belt. Symbolically stroking their ego and phallus simultaneously. They stand at the front. Rarely mingling in the group to teach. Instead belting out orders facing the group from the front.

The third type is the passionate instructor. This instructor derives joy from seeing others succeed. He will get down into the weeds of teaching. Mingling in the group. Then occasionally stand at the front and look back. He is enjoying the success of his students, not stroking his ego. He may have his head down prior to group. He is thinking and planning his lesson. He'll instantly light up when the group starts.

To be fair, all instructors are, at times, each of these. It's where an instructor is most of the tie that is important.

However, the quan/dojo environment tends to reward the first two and transform the third into the first. Think through the previous conditions and you will see why.

All of that amounts to a big mess. Passionate school heads will constantly fight against these conditions. They will never win because the conditions will never go away. They are a part of human nature. They can only be battled. The likely outcome being that the school head eventually loses his passion himself. He gives in to this strong force or he quits altogether.

This is not the way

10 years ago. Almost to the day. I published a book on kindle

The book is horribly outdated and looking back the title is ludicrous. However, some of the things I was excited about in that book back then are coming to fruition today. One of those things is community tokens.

In the early days this was tried. The concept was called colored coins. It didn't really work. This is because transaction fees became too large. Early adopters touted the praises of minuscule transaction fees and all the benefits thereof. That didn't work out. The network got congested and fees rose exponentially. New networks were created and those became even more congested. A victim of their own success.

10 years later that problem is finally solved. Currently by the Solana blockchain and the lightning network. Probably others as well. Probably soon the major networks as well. It just took time for technology to solve the problem.

This enables the creation and use of community tokens. These are tokens used strictly within a community for expressing value within the community. And, even more importantly, tokenizing the actual value of the community. (Think on that, it's important)

I always envisioned this for Shou' Shu'. A way to express gratitude for a good less. A tip. A gratuity.

Not a payment. Not demanded. But given. As a mere token of gratitude.

As students, we have all had the experience of leaving a lesson floating on air. Elated to levels of absolute euphoria. Pure joy. Physically drained but emotionally high.

We have also had the experience of leaving a lesson emotionally drained. Our physical exertion was sub par as well. We just couldn't get into the zone.

Either way, the instructor did that for us.

In a quan/dojo, either way, payment would be the same.

However, I seriously doubt that if they existed, a gratuity would be the same.

Payment does not favor the passionate instructor. Gratitudes do. (in theory)

I propose a two-fold solution for the problems mentioned.

I already did this. For the last 5 years I have taught who I wanted. I do not teach who I don't want. I have not charged fees. That has left me to decide only on merit. It's been the most fun teaching I've had in decades despite being held back by an injury and two years of long covid poor health.

Others do the same. They teach who they want.

We have just done so.

It has sub penny transaction fees paid in Sol.

It has no value (currently)

It can only be acquired by participation in the community. By

1) Training (tokens given for rank achievement). This is analogous to proof of work.

3) Helping others. In theory they will tip according to value.

This is a far different structure than before. Incentives were not previously aligned. It was a system of extracting value rather than giving value. We hope to move to a system that rewards those who give value instead.

In my view this is a radical structural change.

"It would take a miracle"

For those crazy enough to join us. Here's where we hang out

Category:
What you don't see